The US Food and Drug Administration has authorized three vaccines — by Moderna, Pfizer-BioNTech, and Johnson & Johnson — to fight COVID-19. A number of drug companies and laboratories are looking to throw another candidate into the mix. Here’s more information on the vaccine front-runners, including their estimated efficacy, dose regimen, and clinical trial timeline.

Click here for more of the Globe’s COVID-19 coverage and resources.

The FDA cleared Moderna’s vaccine for emergency use on Dec. 18, a week after Pfizer’s authorization, making it the second vaccine available in the US. A panel of outside experts recommended the FDA authorize Moderna’s vaccine the day before. The vaccine has since been authorized in Canada, Israel, and the European Union.

Moderna said Jan. 25 that its two-dose vaccine generates a weaker immune response against a strain of the disease that first emerged in South Africa, prompting the firm to plan a clinical trial in the United States of a “booster” shot that recipients would receive.

On Jan. 19, Maine and Michigan reported that they may need to dispose of 16,000 Moderna vaccines, which may have spoiled due to temperature problems in transportation. A day later, New York Mayor Bill de Blasio said the city is experiencing supply shortages with the Moderna vaccine, resulting in 23,000 rescheduled vaccine appointments. Moderna said the the distribution problems are beyond its control.

As of Jan. 26, Moderna said that it has supplied the US government with 30.4 million doses of its vaccine. The US has agreed to purchase 200 million doses of the vaccine with options for an additional 300 million.

The company confirmed it is on track to deliver 100 million doses to the US by the end of the first quarter and “potentially 1 billion doses for 2021.”

Approach: The Moderna technology — called messenger RNA — inserts portions of the virus’s RNA into cells, which then manufacture a piece of the virus to trigger an immune response. The company set a drug industry record by producing its vaccine in 42 days after receiving the genetic sequence of the virus that causes COVID-19.

Funding: On Aug. 11, the government awarded Moderna $1.5 billion for 100 million doses if the vaccine proves safe and effective. This funding came in addition to the almost $1 billion already provided by the Biomedical Advanced Research and Development Authority.

On March 31, Pfizer announced that its COVID-19 vaccine was found to be safe and strongly protective in kids as young as 12, a step toward possibly beginning shots in this age group before they head back to school in the fall.

The FDA authorized emergency use of the Pfizer-BioNTech COVID-19 vaccine on Dec. 11, the first vaccine authorized in the US.

When it was cleared in the US, it already had been authorized elsewhere: Britain’s drug regulator granted Pfizer its first emergency-use approval on Dec. 2, and Bahrain said it became the second later that week. On Dec. 9, Canada’s health regulator approved the vaccine, and it was cleared in Mexico on Dec. 11.

According to early findings of a study published Jan. 7, the Pfizer-BioNTech vaccine appears to work against a key mutation found in two highly contagious strains of the illness.

Documents released by the FDA on Dec. 8 suggest the Pfizer vaccine candidate provides strong protection against COVID-19 after the first dose, but experts said they still recommend patients get the second shot. On Dec. 23, Pfizer and BioNTech agreed in a nearly $2 billion deal to supply the US with an additional 100 million doses of the vaccine. The companies already had a contract to supply 100 million doses to the US under Operation Warp Speed.

Approach: Pfizer, which has a manufacturing plant in Andover, is deploying technology similar to Moderna’s: a messenger RNA vaccine that codes for the spike protein found on the surface of the coronavirus. BioNTech’s US headquarters is located in Cambridge.

Funding: Pfizer agreed to pay BioNTech $185 million upfront, and BioNTech has a debt financing agreement with the European Investment Bank.

The Centers for Disease Control and Prevention and the Food and Drug Administration said on April 12 that they are recommending a “pause” in administration of the Johnson & Johnson vaccine in the US to investigate reports of potentially dangerous blood clots. The FDA had authorized Johnson & Johnson’s one-shot vaccine for emergency use in the US on Feb. 27, a day after a panel of experts strongly recommended the agency clear the vaccine.

Johnson & Johnson’s one-shot COVID-19 vaccine appears to provide more protection against worrisome virus variants than the drug giant initially reported, according to new trial data released on Feb. 24 advance of a Friday advisory panel meeting on whether to recommend the vaccine as the third cleared for emergency use in the US.

Johnson & Johnson asked US regulators to clear its one-shot vaccine for emergency use on Feb. 4.

The US government said it would commit $1 billion for 100 million J&J doses if the vaccine is authorized. On Oct. 12, STAT reported the study was paused due to an unexplained illness in a study participant, but the trial has since resumed. In November, J&J said it also began a clinical trial that would test the vaccine’s efficacy at two doses, instead of one.

Approach: The company developed the vaccine with the Center for Virology and Vaccine Research at Beth Israel Deaconess Medical Center in Boston. The vaccine uses a common-cold virus to deliver part of the coronavirus DNA into cells to stimulate the immune system to fight off an infection.

Funding: In addition to the $1 billion commitment from the federal government, J&J and BARDA have invested more than $1 billion in the effort.

AstraZeneca and the University of Oxford

Status of clinical trials: Authorized for use in UK, Argentina, India, Mexico. Phase 3 in the United Kingdom, Brazil, South Africa

AstraZeneca said on March 22 that based on data from a late-stage study in the United States, its COVID-19 vaccine has a 79 percent efficacy rate.

Several counties have halted the use of the AstraZeneca vaccine after reports that some people developed blood clots after getting the shot.

South Africa halted the use of the vaccine from AstraZeneca and the University of Oxford on Feb. 7 after evidence showed the drug was not effective against a virus variant. Instead, the country said on Feb. 10 that it would vaccinate front-line health workers with the Johnson & Johnson shot, which is still in testing. The same day, an advisory panel to the World Health Organization expressed confidence in AstraZeneca’s vaccine, despite the virus variant concerns.

The UK authorized the vaccine from AstraZeneca and the University of Oxford on Dec. 30, as did Argentina. Several countries have authorizes the vaccine since then including India and Mexico. Canadian regulators authorized AstraZeneca’s vaccine on Feb. 26.

The results from a peer-reviewed study on the vaccine candidate published Dec. 8 suggest it is about 70 percent effective, but questions remain as to how well it works in older populations. The company temporarily halted its vaccine trails on Sept. 6 due to suspected adverse reaction in a participant.

Approach: In a partnership with the University of Oxford, the British-Swedish company has developed a vaccine that uses a weakened version of a common-cold virus to deliver coronavirus genes into cells to provoke an immune response.

Funding: BARDA has provided more than $1 billion in funding.

Status of clinical trials: Phase 3 in the United Kingdom and US

Novavax said on Jan. 28 its COVID-19 vaccine appears 89 percent effective based on early findings from a study in the UK.

Novavax began a Phase 3 trial with 30,000 people in the US and Mexico for its COVID-19 vaccine candidate on Dec. 28. Its other Phase 3 trial in the UK began in September, and the company said early results are expected in the first quarter of 2021.

On Nov. 9, the FDA granted Maryland-based Novavax “Fast Track Designation” for its vaccine.

Approach: The company is expanding its manufacturing capacity and pursuing late-stage clinical trials. Its vaccine candidate uses protein nanoparticles, together with a proprietary compound, to generate and enhance the immune response.

Funding: The firm has been awarded $1.6 billion by the US government’s Operation Warp Speed, and previously received $388 million from the Coalition for Epidemic Preparedness Innovations.

On Dec. 14, CureVac said it launched a Phase 2/3 trial in Germany with plans to recruit more than 35,000 participants.

Approach: The firm, which has about 20 employees at its US hub in Boston, is manufacturing a vaccine candidate that relies on messenger RNA.

Funding: CureVac has received an $85 million loan from the lending arm of the European Union and a grant of up to $8.3 million from the Coalition for Epidemic Preparedness Innovations.

Sanofi and GSK planned to begin a Phase 3 trial in December, but on Dec. 11 the companies said they suffered a setback based on early data. Sanofi’s global medical head for vaccines told STAT News the problem relates to “inadequate results in older adults” from its candidate, which the company traced back to “an inadequate formulation of their vaccine.”

The companies plan to begin another Phase 2 trial in February, and a Phase 3 study could start in the second quarter of 2021. The setback will push the estimated timeline for distribution of the Sanofi-GSK vaccine from the first half of 2021 into the second half of the year, pending authorization.

Amid delays in Sanofi’s vaccine timeline, the French government has been pressing Sanofi to manufacture vaccines from its rivals. On Jan. 27, agreed to make 125 million doses of the Pfizer-BioNTech vaccine.

Approach: The vaccine candidate builds on work the French drug giant did in the SARS epidemic and employs technology Sanofi used in one of its flu vaccines. Sanofi is using one of GSK’s proprietary adjuvants, an ingredient for vaccines that can create stronger and longer-lasting immunity.

Funding: BARDA has provided $30 million in funding and the US government’s Operation Warp Speed is providing up to $2.1 billion. 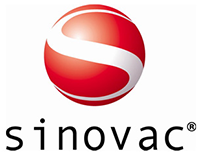 At the end of December, the vaccine developed by the Chinese pharmaceutical firm was found to be more than 50 percent effective in a Brazilian clinical trial, but researchers delayed releasing more information at the request of Sinovac.

On Sept. 16, Sinovac submitted an application for a Phase 1/2 trial of the vaccine candidate in children. Sinovac signed a manufacturing deal to supply Indonesia with at least 40 million doses by March if the vaccine is approved.

Approach: The Sinovac vaccine, called CoronaVac, uses a whole coronavirus that has been inactivated, so that it will trigger an immune response without causing illness. Unlike most of the other vaccine candidates under study, this is a proven vaccine method. But such vaccines, which must be grown in cultures, take longer to manufacture than those based on the virus’s genetic material.

Funding: This spring, Sinovac received $15 million in private investment, as well as an $8.5 million loan from the Bank of Beijing.

Approach: The companies are collaborating on messenger RNA vaccines in a partnership that expands on a 2018 deal to develop such vaccines for as many as five infectious diseases. Translate specializes in developing mRNA medicines.

Funding: Sanofi is paying Translate $425 million upfront. The companies hope to start a trial of a coronavirus vaccine in the fourth quarter of 2021.

Status of clinical trials: Merck & Co. announced in January it was discontinuing development of its two experimental Covid-19 vaccines after early trial data showed they failed to generate immune responses comparable to a natural infection or existing vaccines.

Approach: The drug giant was partnering with the nonprofit IAVI on a coronavirus vaccine related to the company’s existing Ebola vaccine.

Approach: A subsidiary of the Swiss pharmaceutical giant Novartis is collaborating with Massachusetts Eye and Ear and Massachusetts General Hospital on a vaccine that uses a harmless virus as a Trojan horse to deliver the genetic sequence of the coronavirus into human cells to produce an immune response.

Vaccine resources: What you need to know

When you’re eligible, how to make an appointment, and everything else you need to know about getting the COVID-19 vaccine in Massachusetts.

Here’s a look at the latest coronavirus numbers in Massachusetts, including case numbers, deaths, demographics, and more.