Any way you slice it, turkey is divisive

Not everyone agrees turkey is worthy of its spot in the center of the Thanksgiving table.

The world is split into two camps. On one side, those who wouldn’t dream of celebrating Thanksgiving without turkey as the centerpiece. It’s tradition! Plus, it’s delicious. And who doesn’t look forward to noodle soup and sandwich leftovers? On the other, vegans, vegetarians, and people who believe this hard-to-cook fowl shouldn’t be the only option — or even an option at all — because it’s dry, bland, and not worth the effort. It’s time to rethink the holiday feast, they say. (In fact it’s time to rethink the whole holiday. A day of mourning for Indigenous people is no cause for national celebration. But that’s another story.)

To hash it out once and for all, Globe writers Devra First (pro turkey) and Christopher Muther (not a fan) face off on this divisive issue. 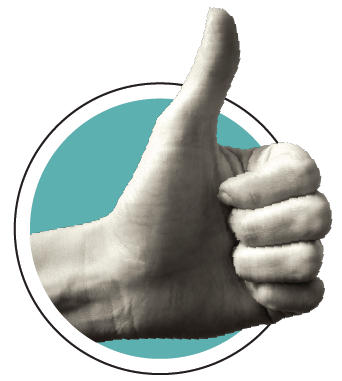 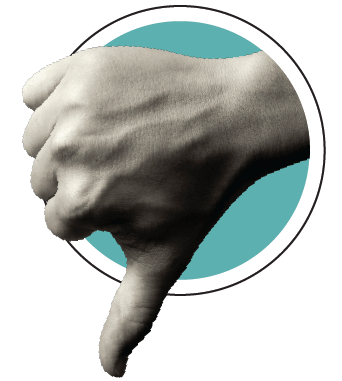 For Devra First, turkey at Thanksgiving is a must. And anyone who says otherwise can stuff it.

Thanksgiving simply isn’t Thanksgiving without a turkey at the center of the table. You know it and I know it. If you disagree, you’re either a vegan (and thus exempt, please enjoy your stuffed squash) or the kind of willful contrarian who would turn his nose up at candy corn on Halloween. The turkey is the focal point of the holiday meal, the thing that brings it all together and gives it purpose: a bird bred entirely for impressive visuals, roasted a deep golden-bronze. Nobody ever oohed and ahhed over Aunt Ethel’s turnips. Without the turkey, Thanksgiving dinner is just a bunch of bowls with different colored mush in them, followed by pie.

Turkey isn’t simply the main course. It is ritual. It is tradition. Do you brine your bird? Do you order it from the same farmer or butcher every year? Who does the carving, and who quietly seethes because she could definitely do a better job? Who likes the white meat and who likes the dark? The turkey pageant is repeated annually, and everyone has their assigned role. Turkey is about family and knowing one other, for better or worse.

There are some basic rules that must be followed. The turkey needs to be one whole, gargantuan bird: 5 pounds per guest is a safe rule of thumb. The cook shall not spatchcock, prepare two smaller birds, or roast a chicken as if it were any old day of the year. Where is the sport in that? It’s no fun unless you’re at least a little bit worried you might poison the guests or have to serve dinner at midnight. Thanksgiving is about watching football and arguing over whether the turkey is done.

It’s not. (Waits five minutes.) Still not. (Waits five more minutes.) Hey, wouldja look at that: It’s overcooked. Turkeys are basically avian avocados, with an elusive window of perfection bookended by bummers. But this is the way of things! This is as it should be and has always been! Accept that the dark meat will be wonderfully juicy and the white meat will be like eating fiberboard. Dry white meat is the backbone of the Thanksgiving plate, the neutral substance that won’t detract from gravy, glorious gravy, or mountains of buttery mashed potatoes, or herby stuffing. Team Roast Duck can stuff it. Wait for a fancier holiday, you quacks, one where we want meat with actual flavor. If turkeys provided that, we’d have to cook them more than once a year.

So maybe turkey is a bit of a figurehead at Thanksgiving proper. The feast is the sides’ and desserts’ time to shine. But later everything changes. Later turkey comes into its full powers. Later means leftovers, and leftovers are the biggest reason we can’t have Thanksgiving without turkey. We wouldn’t have the potpie, the tetrazzini, the soup that is the gift that keeps on giving from the maw of the freezer. We wouldn’t have the most satisfying sandwiches of the year — turkey on seeded rye with Russian dressing; turkey on leftover rolls with stuffing, gravy, and cranberry sauce.

From the can, of course. But we can argue about that next year.

There’s a reason why turkey only waddles into the spotlight at the holidays, and then disappears until the following year. That’s because the prehistoric looking bird has all the flavor and appeal of damp cardboard. It sits on our Thanksgiving table not because it’s delicious or because everyone loves it. It’s there simply because it’s what we’ve always done.

Think of turkey as the aunt who comes over every Thanksgiving, asks when you’re going to start having children, and then spends the afternoon regaling the family with QAnon and COVID-19 conspiracy theories. You don’t want her at your table, but you feel obligated to invite her because it’s Thanksgiving, and, like serving turkey, you feel a misplaced duty to do so.

It’s bland, often dry, stringy (the turkey, not the aunt), and contains scant flavor. On the list of the most consumed meat and fish in America, turkey ranks number five. And yet this dried out, cantankerous bird gets its own holiday. Heck, the turkeys splayed out on our tables have been artificially fattened up so much that they can’t have sex anymore, and despite being denied this pleasure, they still don’t taste all that great.

How about we let the poor turkeys enjoy themselves again, and we eat something else this year? Then both human and bird alike will be thankful.

To add gravy to injury, turkeys get trotted out at Thanksgiving because of some backward notion that a buckle-loving population of Massachusetts settlers ate turkey during the first Thanksgiving in 1621. But the chances that turkey was served in Plymouth are as slim as the scrawny wild turkeys that terrorize the residents of Brookline. There is scant evidence that turkeys were consumed that day, and yet we’re still saddled with a holiday referred to as Turkey Day.

Detractors, please calm down. I can already hear you shouting your case. “But you’ve never tried deep fried turkey. You’ve never smoked it, basted, or brined it properly.” Here’s the rub: If turkey is so fantastic, why is it necessary to work so hard to make it interesting? Turkey is so meh that some people even stuff it with other birds. Common sense tells us that stuffing a chicken inside a duck, and then stuffing that Frankenfowl inside a turkey is not something nature intended.

If its cavity is not crammed with a duck and a chicken, then it’s filled with deliciously seasoned bread, sometimes combined with sausage, celery, mushrooms, leeks or other treats. Think of stuffing as your flavorful reward for eating turkey. It really takes an army of side dishes to lift the unappealing presence of turkey. Potatoes of any kind, yams (with marshmallows!), plus the tangy/sweet gelatinous goodness of cranberry sauce are the real stars of the show. Because turkey is so dry, it requires gravy. When I was growing up, my mother made gravy with lumps the size of marbles, which made Thanksgiving dinner particularly treacherous and still makes me leery of both turkey and gravy.

You could deep fry a potholder, serve it with a bunch of side dishes, drown it in gravy, and tell people it’s turkey. No one would know the difference. It seems that the culinary point of Thanksgiving is to make a silk purse out of a sow’s ear, and if you’re going to go through all of that work, just serve ham already.

Related: Are you on Team No Turkey? Here are five alternatives for your Thanksgiving table this year
Related: But if turkey is your thing, here's how to cook it perfectly