What do Bostonians want from the new police commissioner?

What do you want Michael Cox to know? 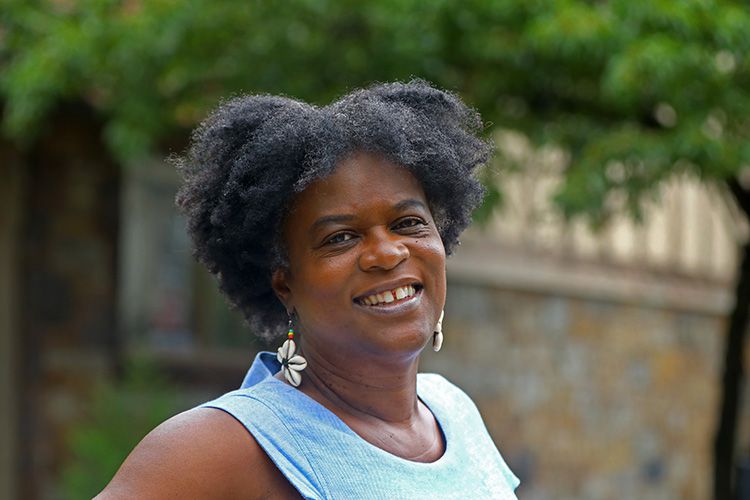 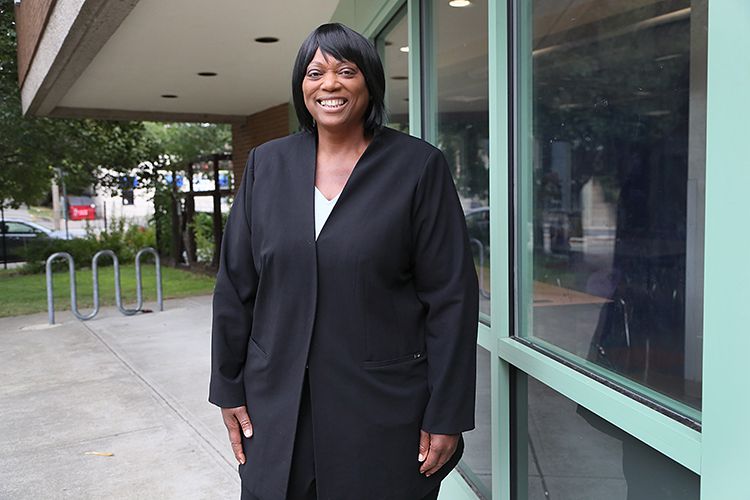 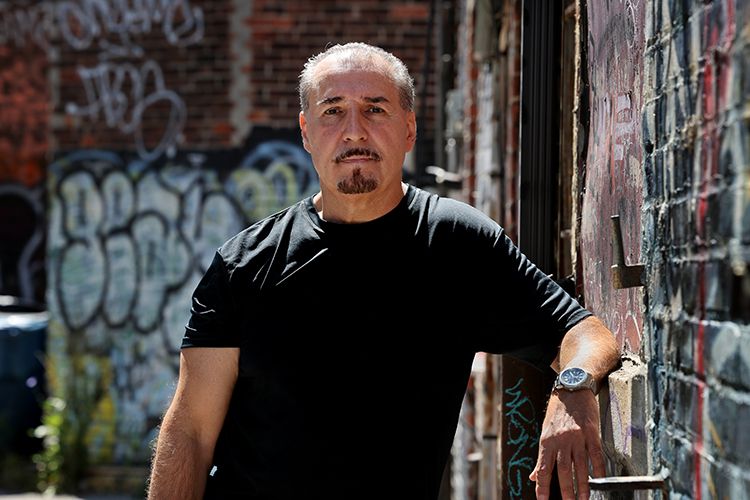 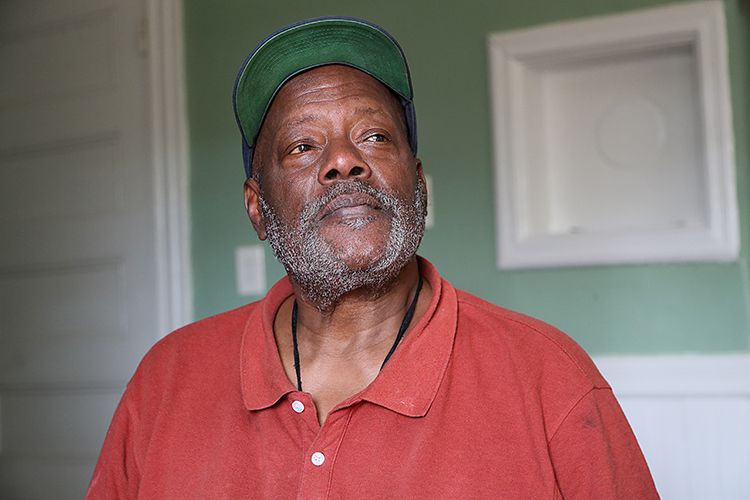 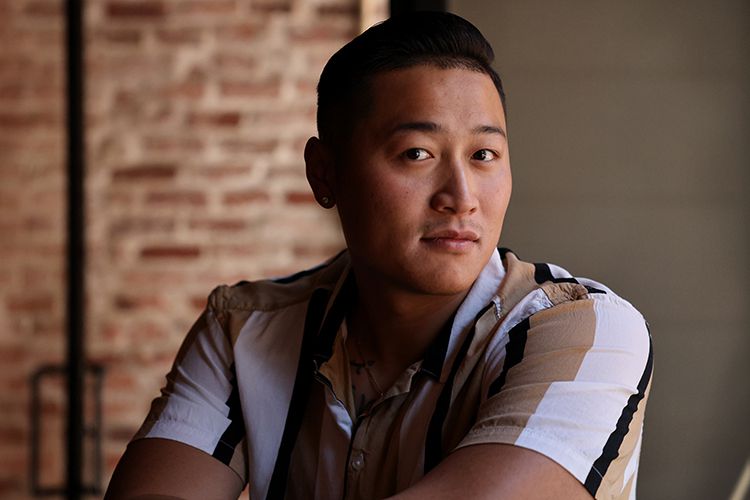 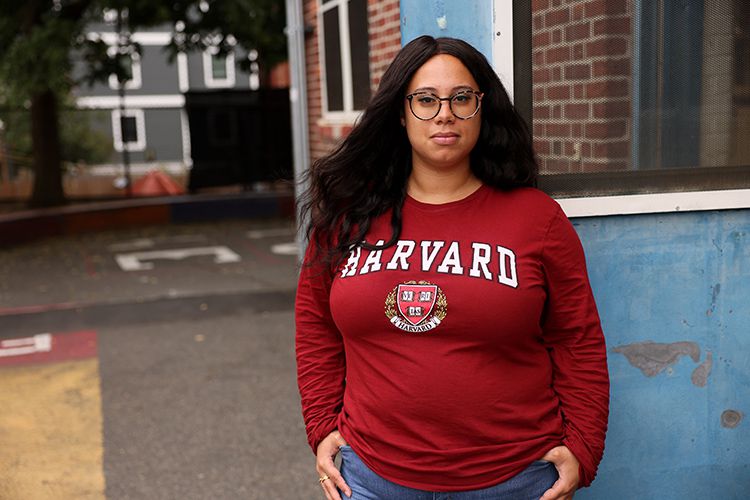 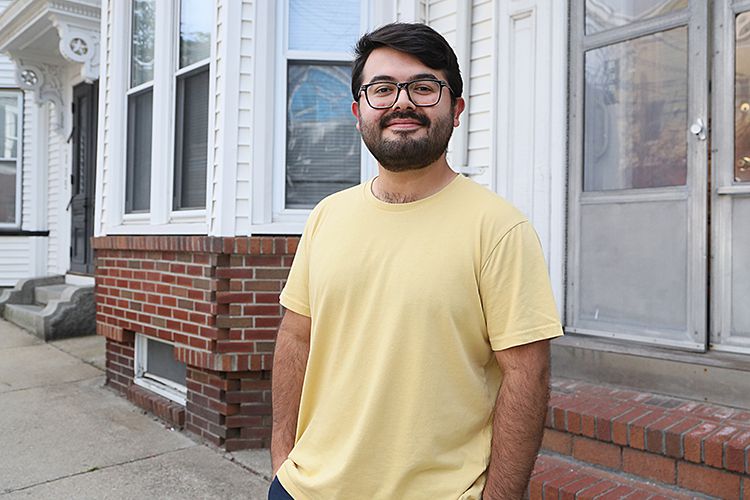 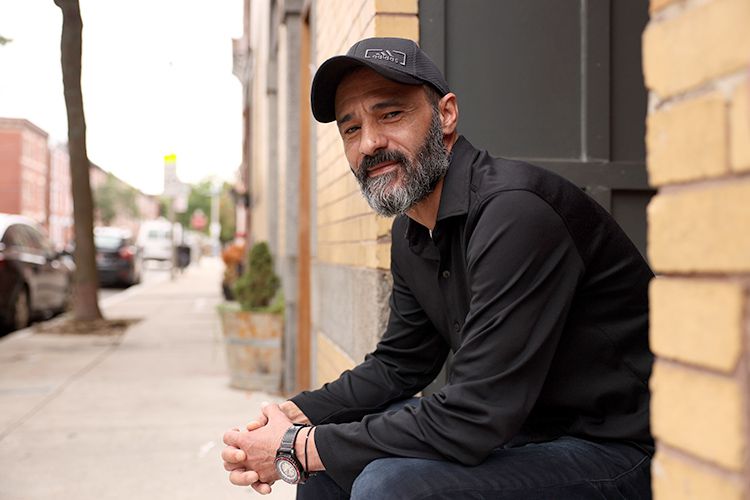 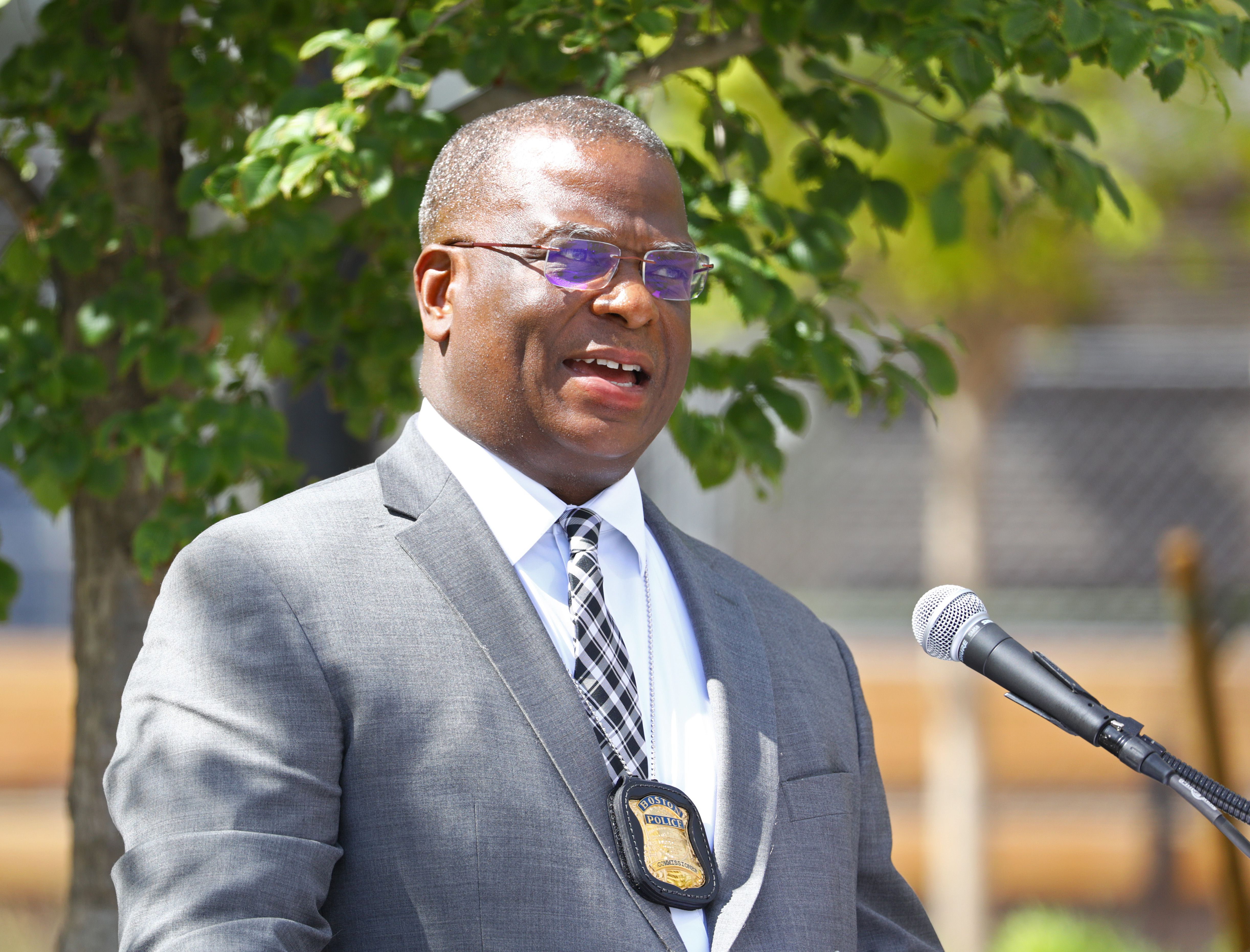 Boston Police Commissioner Michael A. Cox says community policing has been a constant across his career, from his days in the gang unit, internal affairs, and up through the ranks.

Now, more than 25 years since he was brutally beaten and ostracized by fellow officers, Cox can further push this philosophy as the city’s top cop. At his swearing-in, Cox promised to “reimagine” policing — and he says he wants your help.

“When we’re defining our plans, what we can’t forget is to get input from the community on how those plans might impact them, what’s important to them, what they need to feel safe and be safe,” Cox said. “And that’s what we’re going to go about doing.”

To get him started, The Boston Globe went out in search of Bostonians with some advice for their new police commissioner. Here’s what they said.

Danielle Williams, 60, became an activist over 40 years ago after police shot and killed a Black teenager in Roxbury. Between then and now, she says, not much has changed. Cox, however, brings something different — he knows what it’s like to be victimized by the police. Williams, executive director of Prophetic Resistance Boston, believes that’s a good thing. 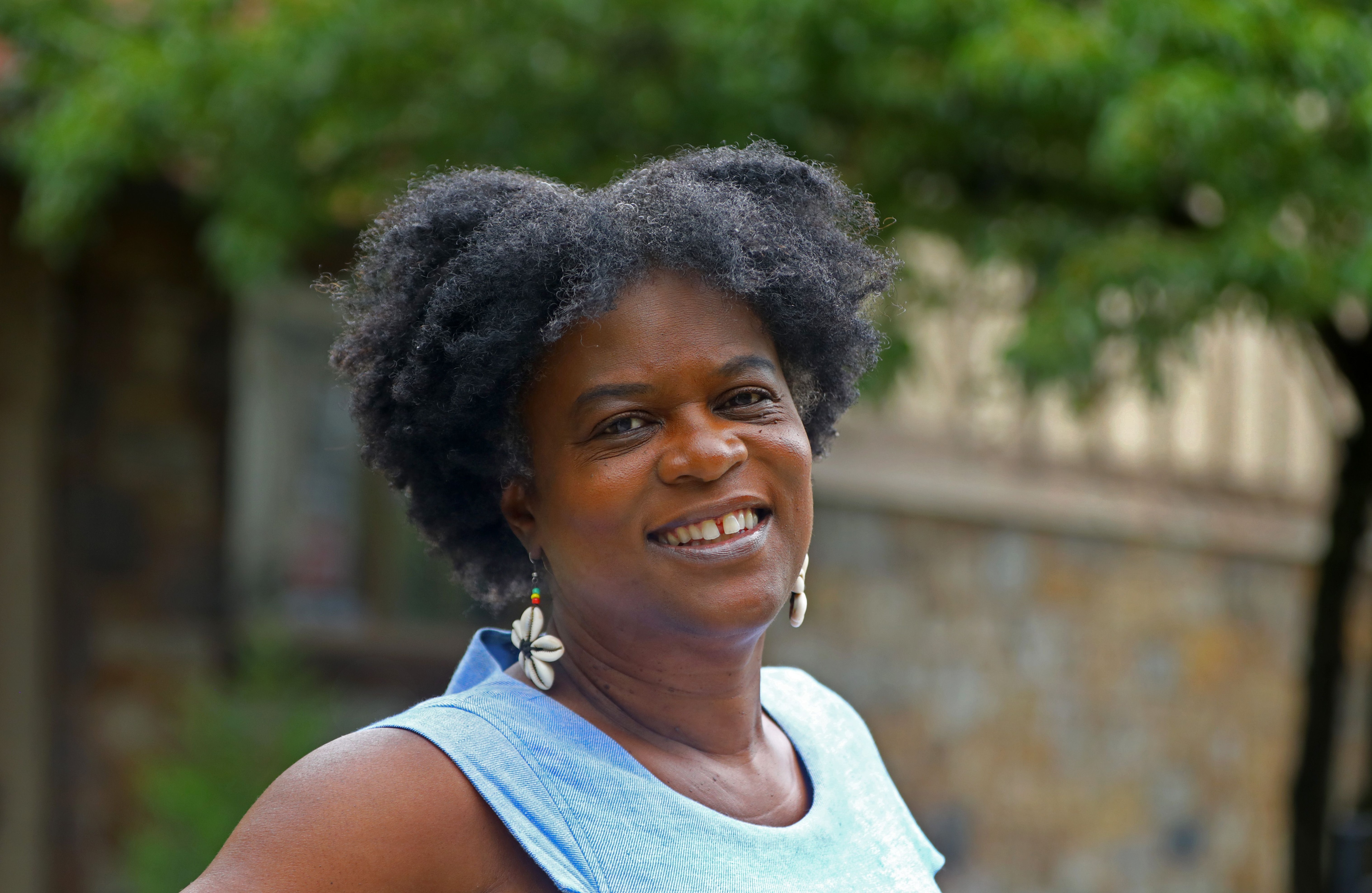 Pat Greenhouse/Globe Staff
“Many of the police officers don't look like us ... And with Michael Cox understanding how the police treat people of color, I think having him at the helm of the Boston police, it gives me some hope.”
Globe Audio · Danielle Williams

As a kid growing up in Roxbury, Andrea Swain, 57, advocated for girls to have membership for the boys-only Yawkey Club of Roxbury. In 2001, Swain became the club’s executive director. The longtime youth advocate says she’s seen police increase efforts to build community partnerships over the past 15 years. She wants Cox to keep that momentum going. 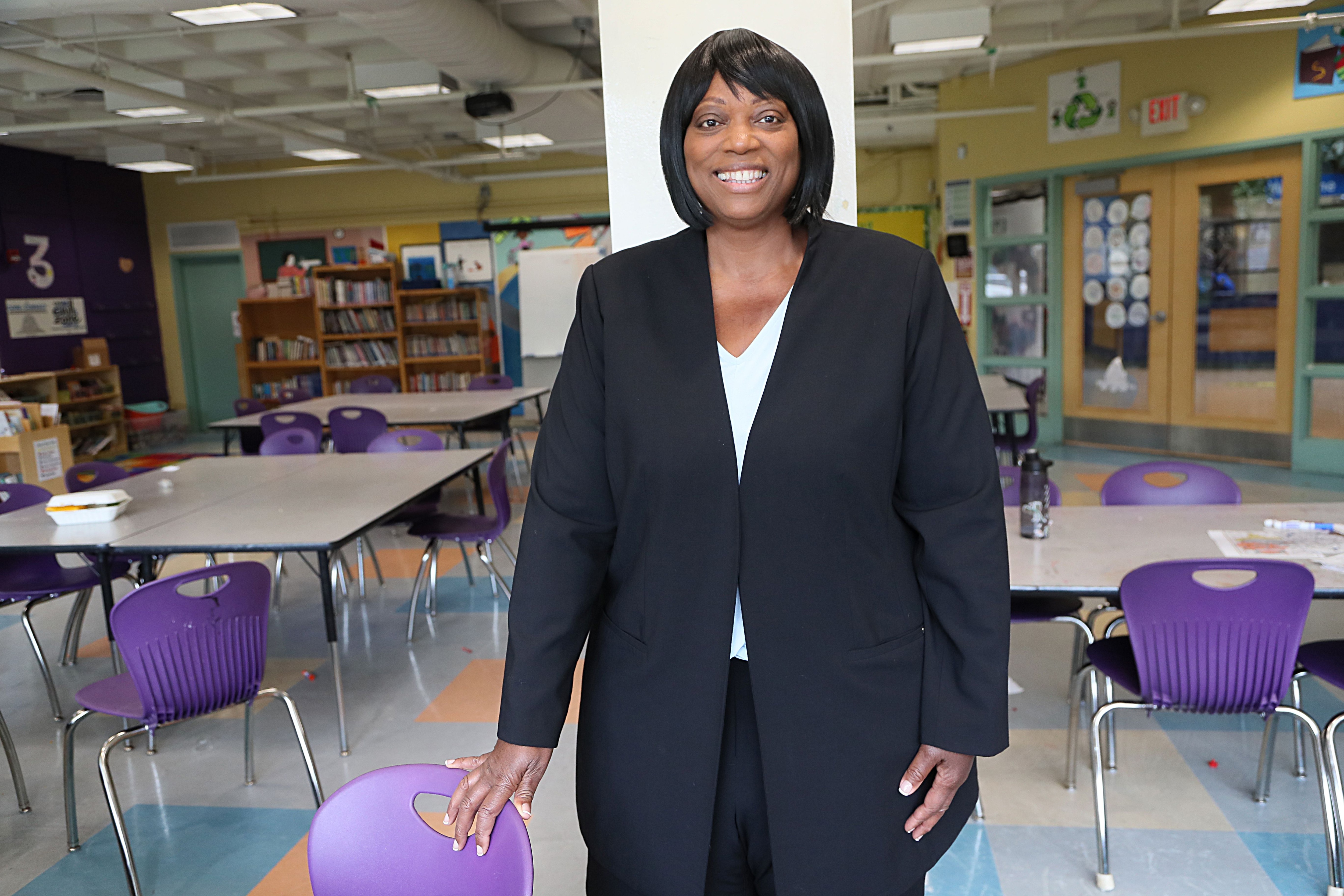 Suzanne Kreiter/Globe Staff
“Creating a new culture… there's going to be some obstacles there internally and same externally. There's some people that have hardened opinions about the police. ”
Globe Audio · Andrea Swain

Tom Barone, 62, helps his brother Sal run Mr. Music guitar center in Allston. In its nearly 50 years, the shop has become an Allston staple and has hosted an array of rock star customers, from Carlos Santana to Bruce Springsteen. Barone says his neighborhood looks a little different these days, and not in a good way. The culprit? Graffiti. 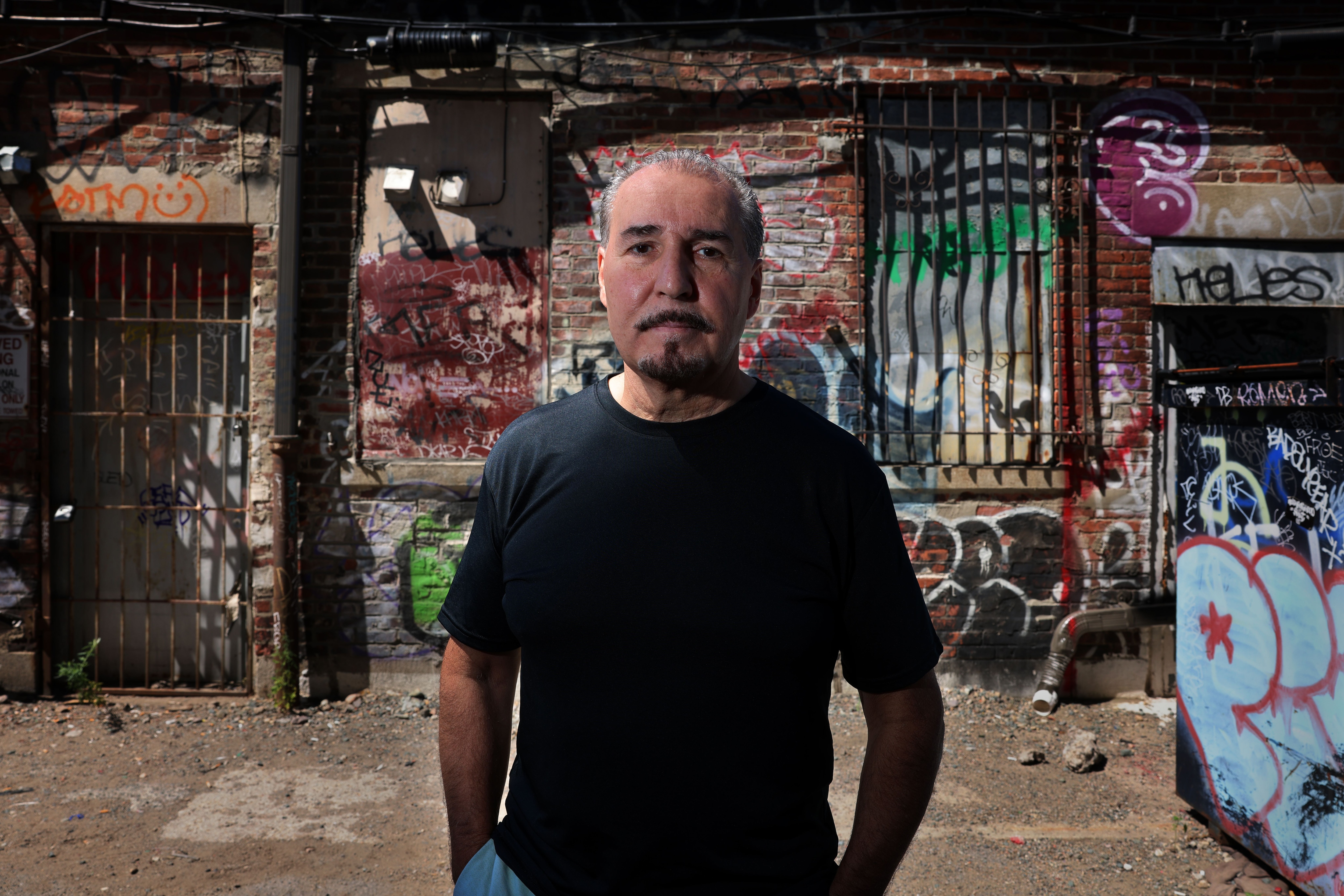 Jimmy Griswold, 70, remembers the way police used to chat with people when he was growing up in the South End, and how they seemed to care. He also knows from experience how a single run-in with an officer can make life hard. Griswold, a deacon at Macedonia Missionary Baptist Church in Dorchester, says for Cox to be successful, he needs to restore what’s long been missing: trust. 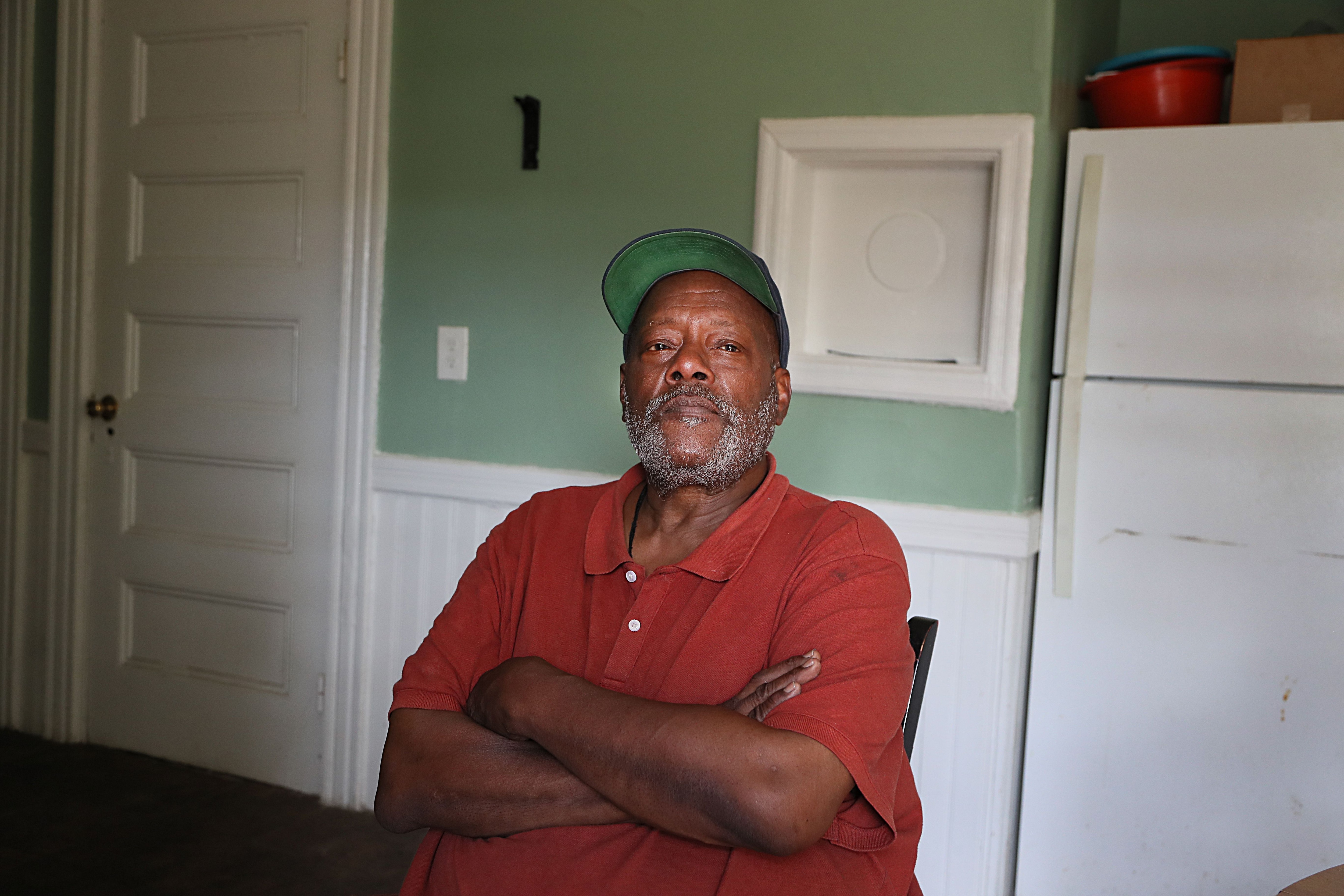 Jim Tran, 29, grew up in Dorchester and now manages the restaurant Shojo in Chinatown. The father of two says Chinatown’s nightlife can sometimes lead to dangerous situations. He thinks more police might help. 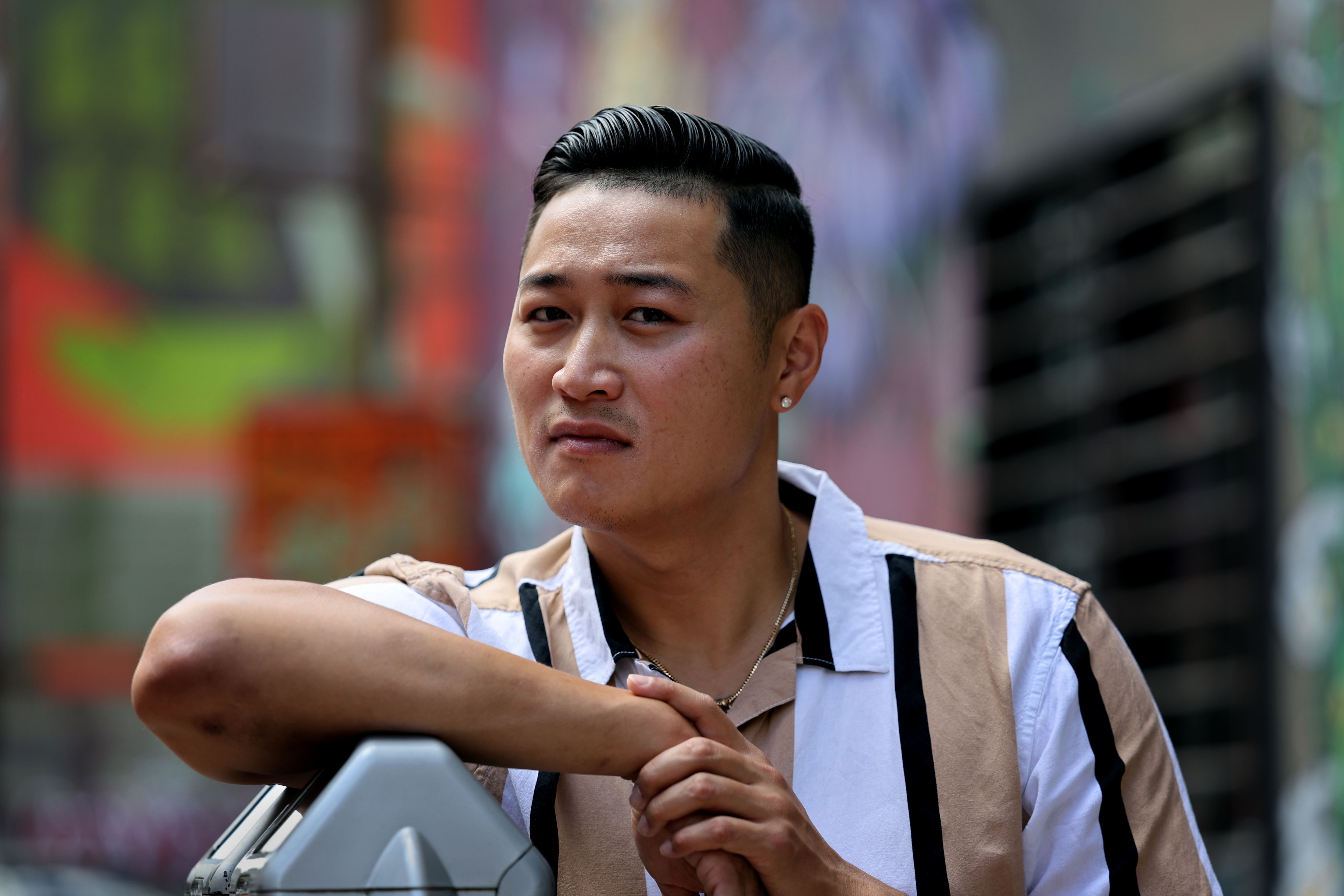 Craig F. Walker/Globe Staff
“We hear so much stories of police brutality, to a point where now it's normal. And that's not normal, you know? And for him to go through that and now be the lead… I know he's going to change something.”
Globe Audio · Jim Tran

Ashley Clerge, 28, a Boston Public Schools teacher, says she knows how difficult it can be to stay in a system when you’ve faced discrimination. She wonders what further obstacles Cox might face as he now looks to change an institution that once abused him. 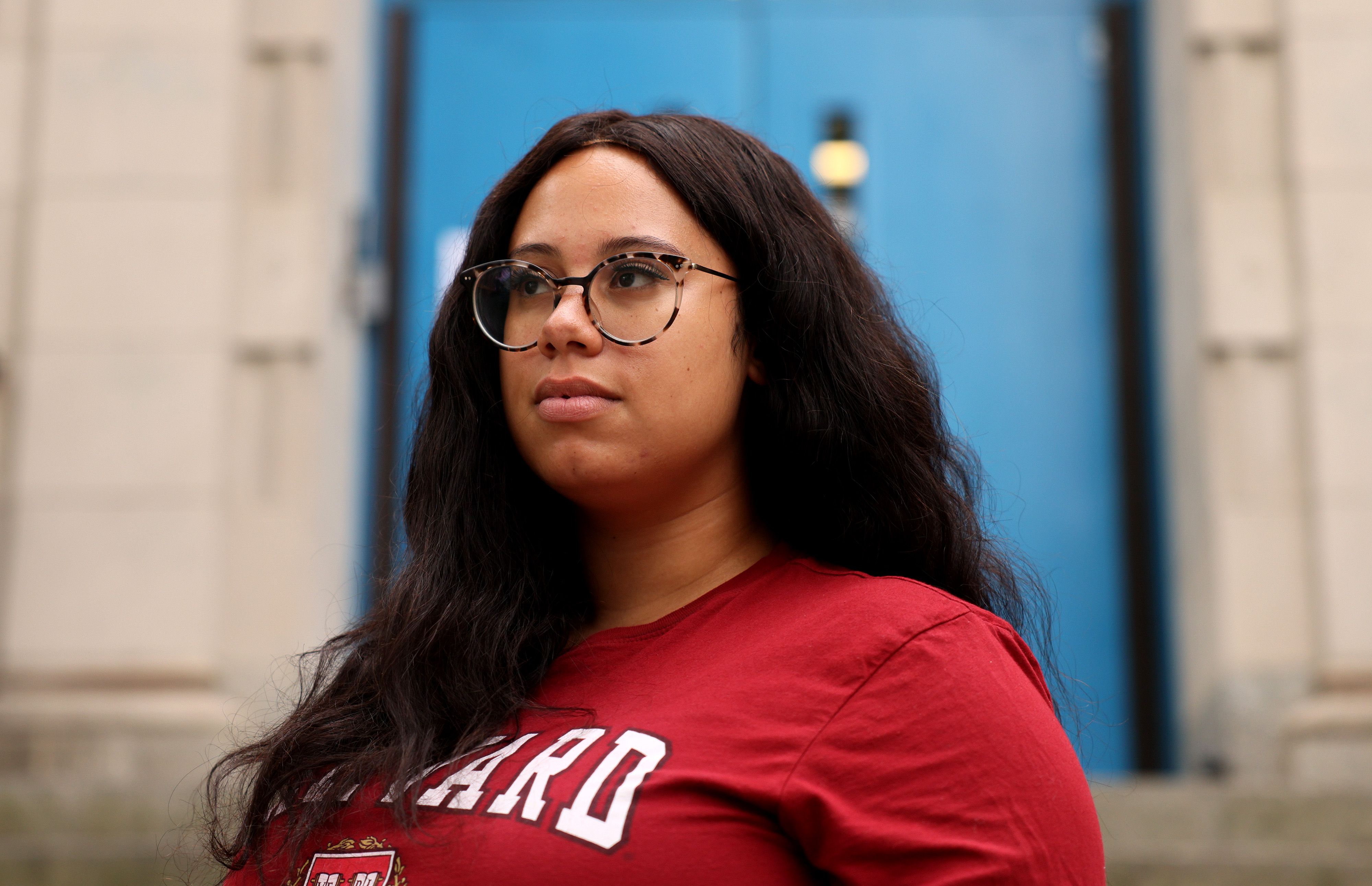 Jessica Rinaldi/Globe Staff
“I would hope that the next commissioner ... treats our East Boston community with grace, approaches with understanding… comes in wanting to understand East Boston instead of just focusing on crime.”
Globe Audio · Ashley Clerge

Alvaro Guerra, 25, was born and raised in Guatemala, schooled in India, and then studied at Wheaton College. He’s stayed in the Boston area since. The East Boston resident and risk analyst thinks officers could benefit from more training on unconscious bias. 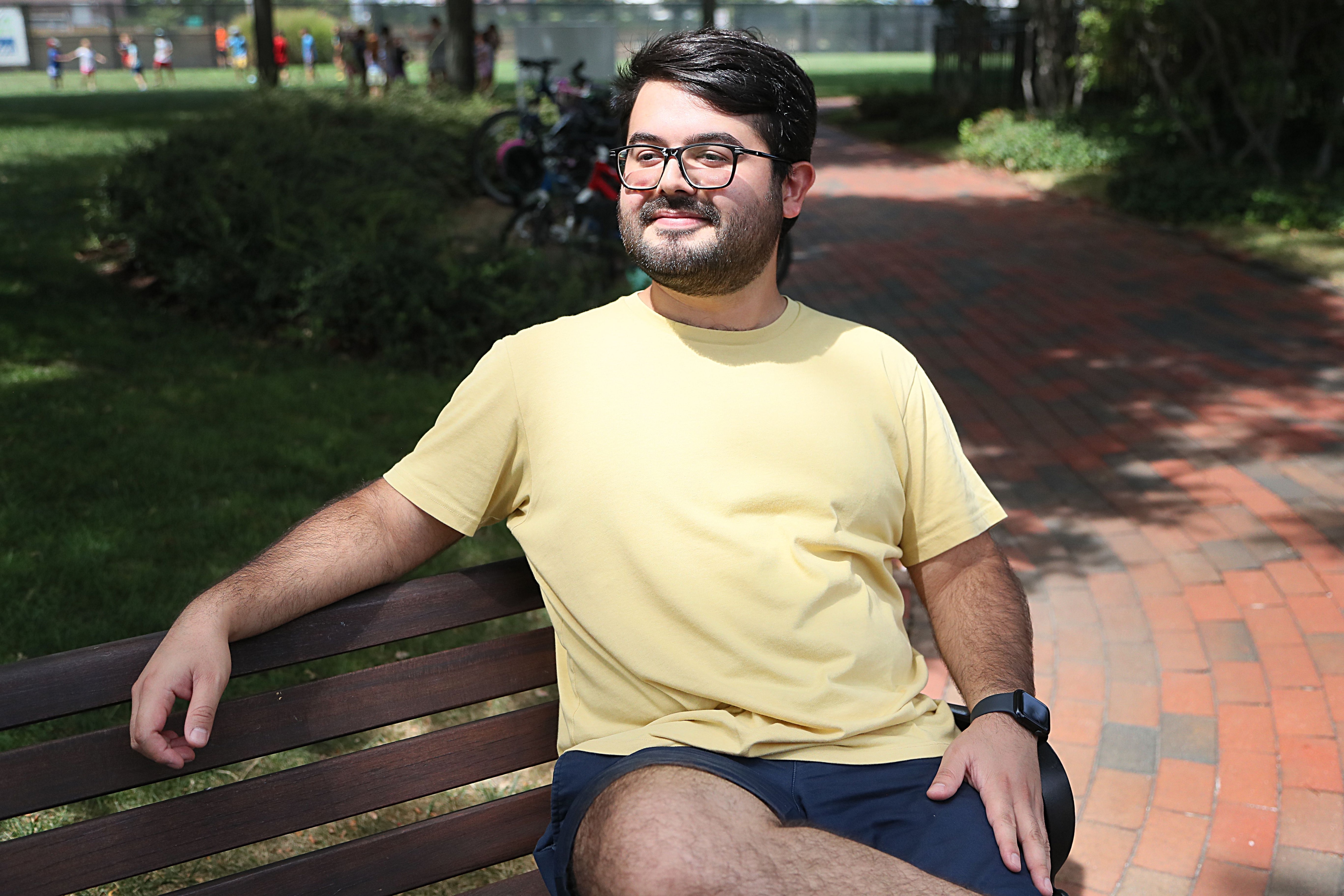 Suzanne Kreiter/Globe Staff
“My advice ... would be that he makes people understand 'Hey, I'm in this position of power, I've been a victim of this. I understand where you're coming from and I'm trying to enact change.'”
Globe Audio · Alvaro Guerra

Khalid Sehbani, 52, was born and raised in Casablanca, Morocco. The Hilton customer service representative has lived in Malden, the North End, Revere, and now, East Boston. A victim to car theft in the past, Sehbani says his primary concern for the new commissioner is public safety. 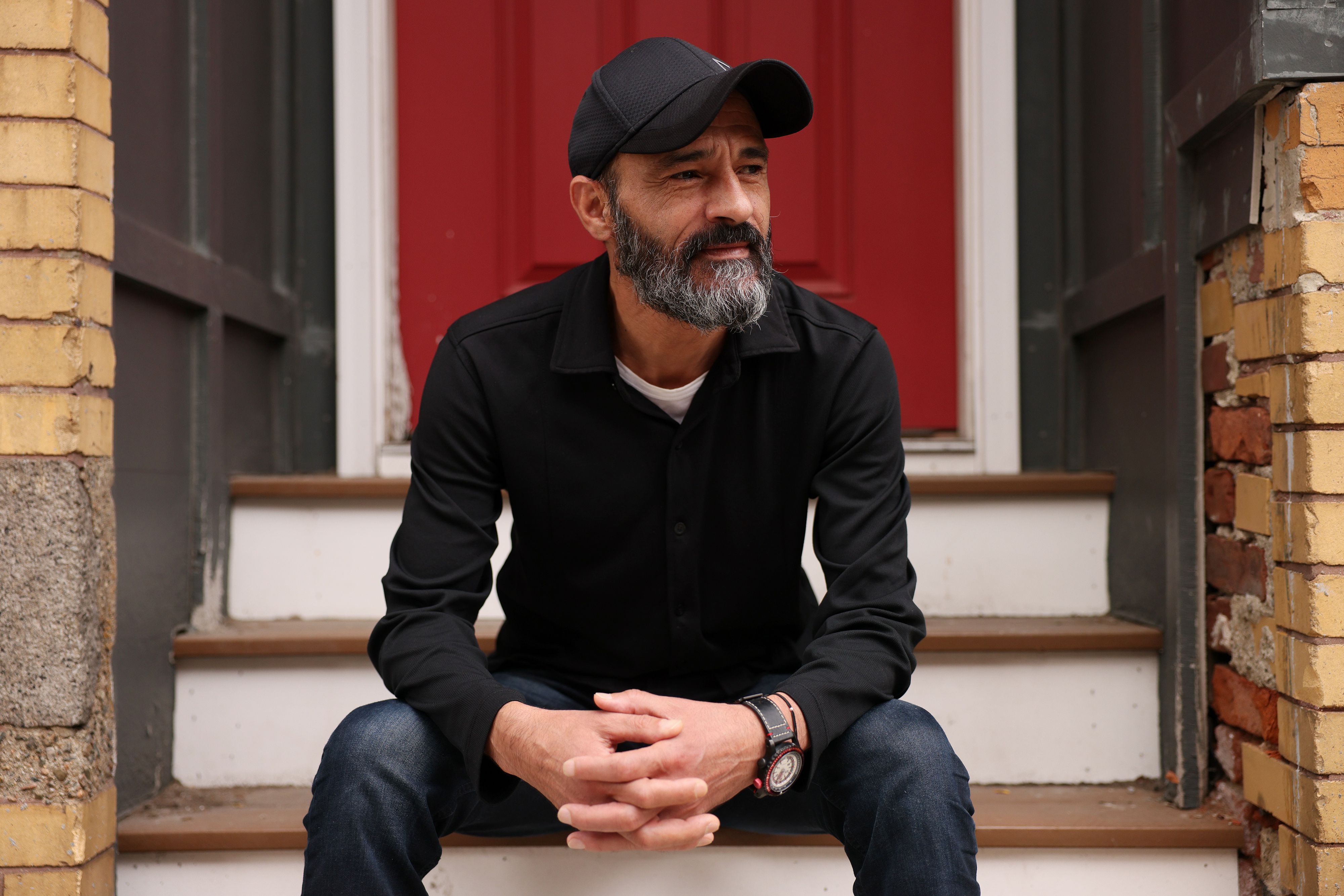 Jessica Rinaldi/Globe Staff
“I want to be safe, to be honest with you. That's my concern.”
Globe Audio · Khalid Sehbani

These interviews have been edited for length and clarity. 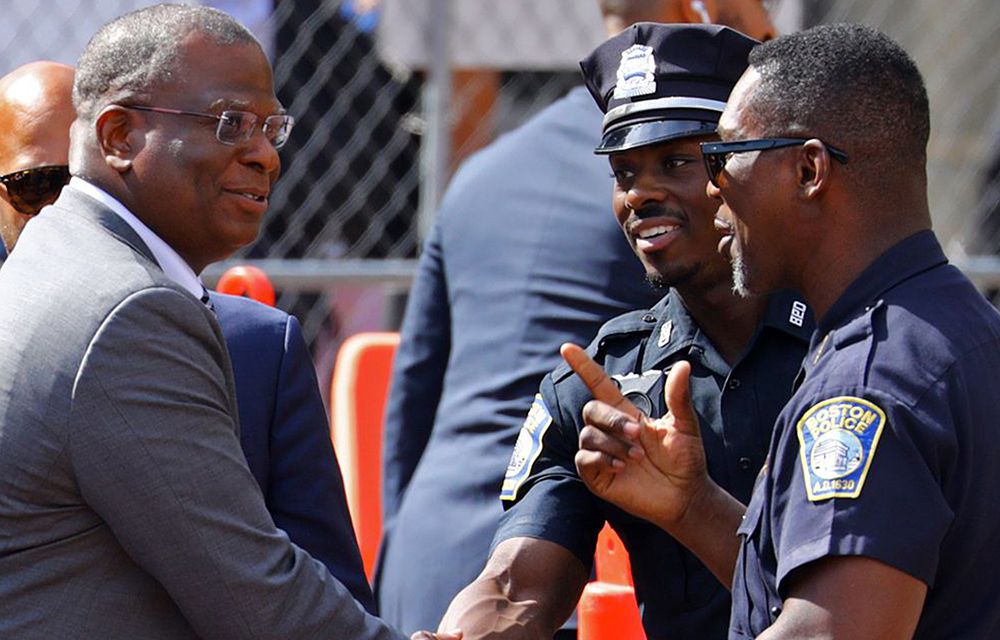 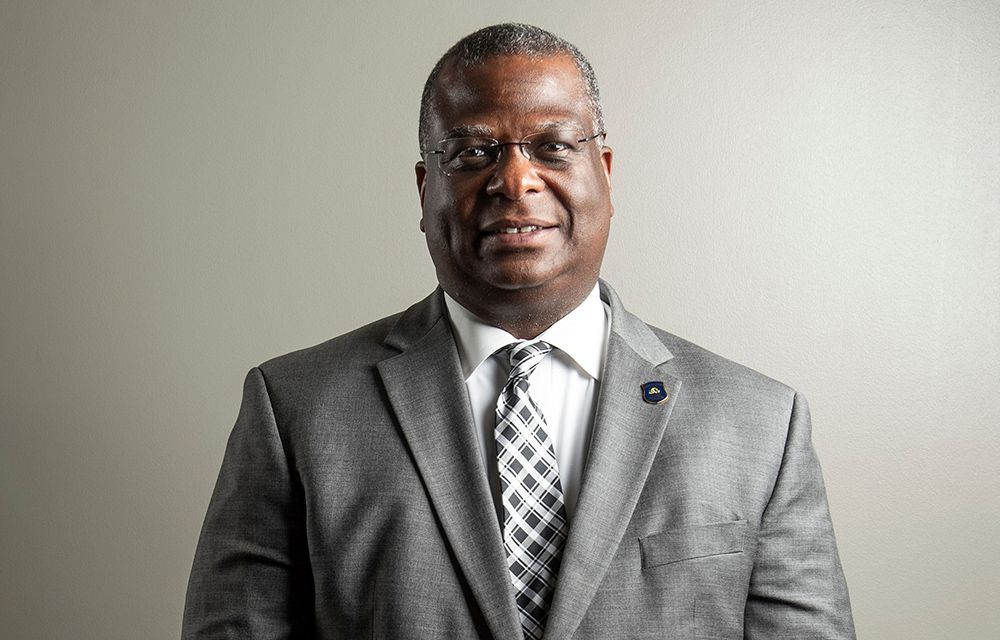 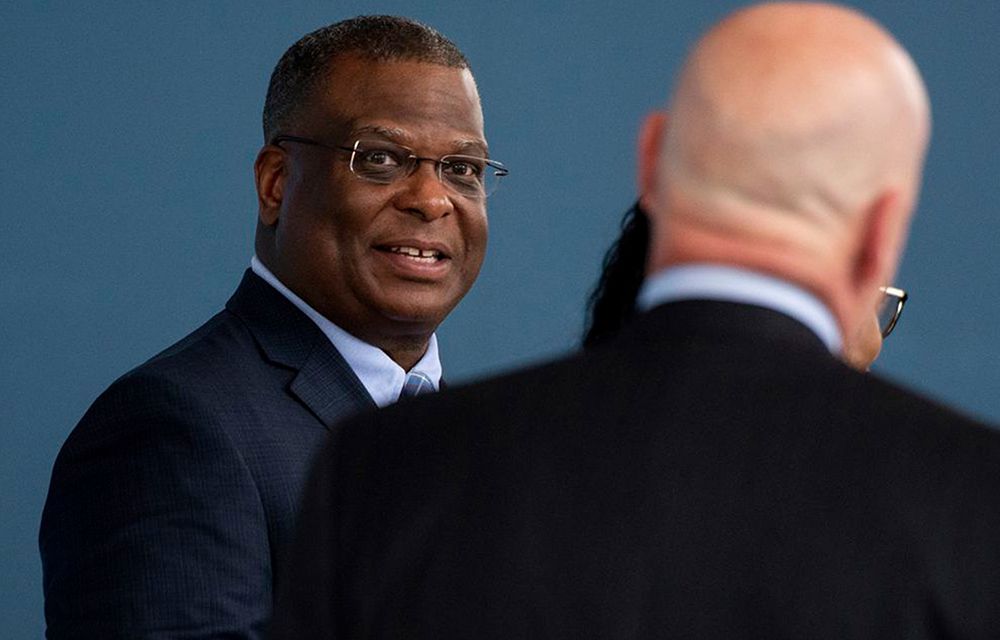