BOURNE — The arches of the Sagamore and Bourne bridges have beckoned motorists to Cape Cod for 88 years, a Depression-era welcome mat that opened the once-remote peninsula to generations of tourists, summer residents, and retirees escaping the bustle of Greater Boston.

But now, functionally obsolete, the bridges over the Cape Cod Canal are a side-scraping menace whose many maintenance needs have become an object of derision.

“I call it perfuming the pig,” said Tony Shepley, who started his business in Hyannis 45 years ago. “These bridges were designed when the typical car on them was a Model A Ford. This is really killing me.”

The hurt figures to linger longer for Shepley Wood Products, a third of whose 130 employees cross the bridges every day, as well as many others who depend on the spans for work and pleasure.

The federal government this month rejected a $1.88 billion application from the Massachusetts Department of Transportation and the US Army Corps of Engineers, which owns and maintains the bridges, to replace them. The setback followed an earlier disappointment, when the project failed to win federal grant money in September.

The latest request, which would have paid for half the total project, was beaten out by large bridge projects in Connecticut, Illinois, Kentucky, and California. A green light for the Cape now must wait until next year, at a minimum, when more grants for large-bridge projects will be announced under the massive federal infrastructure bill approved in 2021.

In the meantime, the clock is ticking for the bridges, which will face another long round of traffic-choking rehabilitation if they aren’t replaced.

“The traffic impact of a major rehabilitation would be catastrophic,” said Steven Tupper, deputy director of the Cape Cod Commission, a regional planning and development agency. “And after a major rehabilitation, you would have essentially the same structures with all of the long-term issues.”

According to planning officials, the bridges would be rehabilitated in sequence. The Bourne Bridge would need to close completely for six months, as well as shut down some lanes for 16 months over 3½ years of construction. The Sagamore would shut down for four months and endure lane closures for a year.

“That would be an economic disruption of a magnitude that we haven’t experienced before,” said Paul Niedzwiecki, chief executive officer of the Cape Cod Chamber of Commerce. “The bridges dictate what we can and can’t do.” 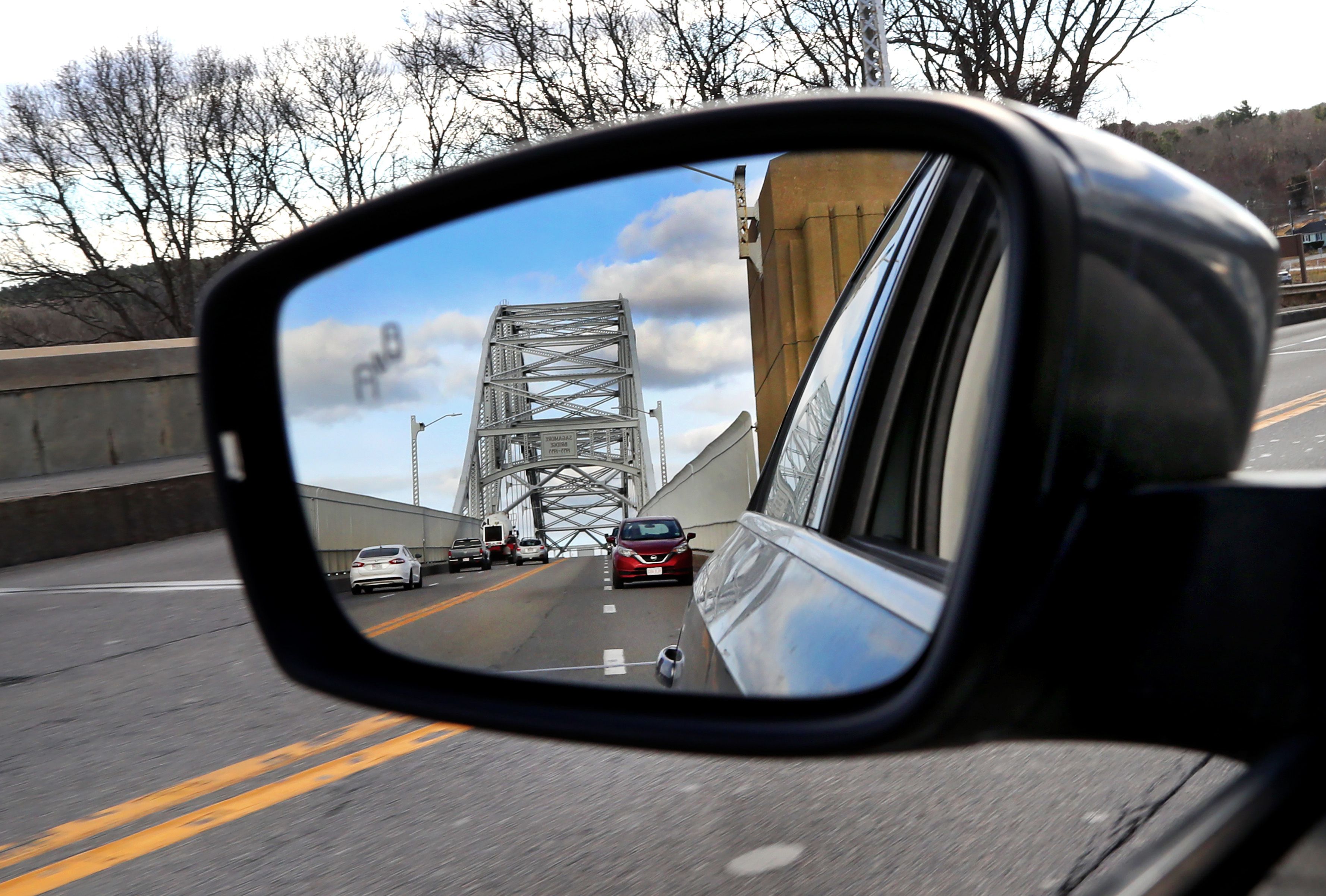 The Sagamore Bridge is seen in the rearview mirror. (John Tlumacki/Globe Staff) 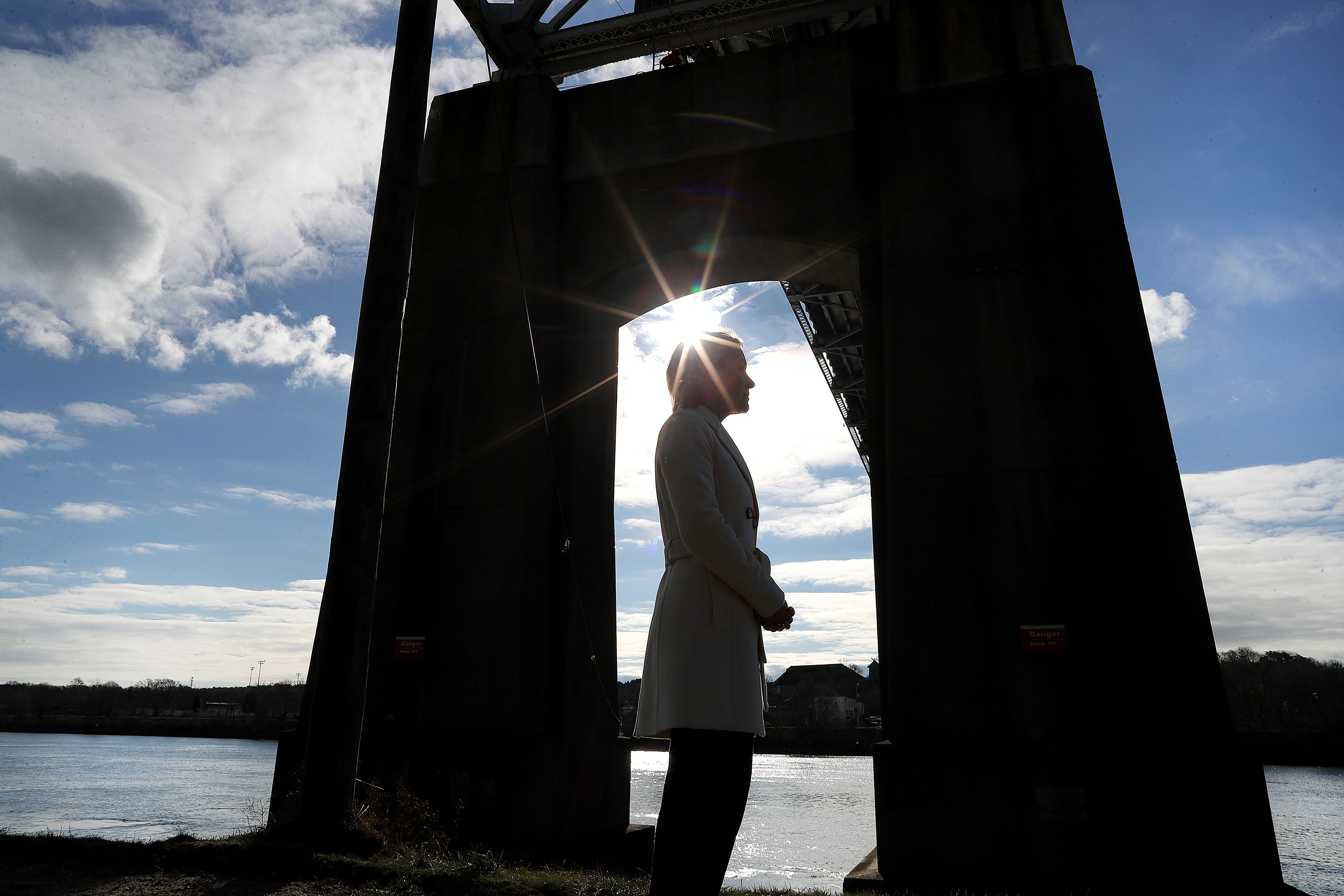 In a March 2020 study, the Army Corps of Engineers warned that side-stepping a replacement decision could force the federal government to choose rehabilitation, which last occurred in the 1980s, “in order to maintain reliability and safety of vehicular traffic over the canal.”

The Bourne is rated as structurally deficient, and the Sagamore as fair, although there are no imminent safety concerns.

Niedzwiecki has heard the warnings before, but the urgency to solve the bridge dilemma seems greater now because of the Cape’s escalating changes in demographics and commuting.

“It’s been frustrating because it’s such a glaring need for people who live on the Cape,” Niedzwiecki said. “From the Cape’s perspective, it’s our most important infrastructure project.”

About 50 percent of the Cape’s workforce now lives off-Cape, which means that any long-term traffic disruption squeezes the economy. There also are concerns about shuttling patients for medical care, and school buses that ferry children over both sides of the canal in Bourne.

The bridges each have four, 10-feet-wide lanes — 2 feet narrower than modern standards — with no medians or shoulders. Closing a lane for repairs can mean an extra hour’s drive each way for workers at Shepley Wood Products, which ships 25 percent of its business over the bridges, primarily the Sagamore.

And then there is bridge-dependent tourism, which swells the Cape’s year-round population of 230,000 people to more than 500,000. In 2019, state officials estimated that 155,000 vehicles in 2040 would cross the bridges on an average summer day, an increase of nearly 27 percent from that earlier time.

“Every restaurant, every hotel owner, all of the stores — our economy is driven by our visitors,” Shepley said. “Maybe they’ll say, New Hampshire doesn’t look so bad after all.”

The Corps has recommended that the bridges be replaced, with the new spans transferred to state jurisdiction. The Corps analysis in 2020 envisioned placing the new bridges close to the originals, which would later be demolished. Traffic would continue to flow over the current bridges while the new ones are built.

Opened to traffic in 1935, the existing bridges replaced two low-level crossings, each with a draw span. The canal, originally dug by a private company, opened in 1914. The federal government assumed operations during World War I and deepened the passage.

More than 21,000 vessels in 2017 passed through the canal, which allows ships to avoid a longer route around Cape Cod and Nantucket Shoals, according to the Corps. Auto carriers, cruise ships, and military vessels are among its largest ships.

The state Department of Transportation and the Army Corps each declined to answer specific questions about why the project was not selected in this round. However, some officials said that the other projects were further along in the design process, and that the Cape application might not have offered matching funds.

“The replacement of the Cape Cod Canal bridges remains one of MassDOT’s highest priorities. MassDOT will continue to pursue every possible avenue to support the [Army Corps’] efforts to secure federal funds to replace the bridges,” state transportation officials said.

Bryan Purtell, a Corps spokesman, said that “while disappointed, the US Army Corps of Engineers will continue to work in a seamless partnership with the Massachusetts congressional delegation and MassDOT to best position the Cape Cod bridges replacement project for future rounds of federal discretionary grants and other transportation funding.”

Officials from both agencies said they remain optimistic that the bridges will be replaced. The Corps cited a $1.6 million planning grant it received recently for the bridge project, and Massachusetts DOT pointed to more than $350 million in state commitments toward the work, and close to $25 million for design and permitting efforts.

The planning grant means “we’re on the map,” said Kristy Senatori, executive director of the Cape Cod Commission. “This is extremely important. It’s a once-in-a-century infrastructure project for the Cape.”

Niedzwiecki, the chamber official, said he is unsure why the project was not chosen, but that “it was not a shock to see those others go first.”

“Reading the tea leaves,” he added, “maybe our project wasn’t that advanced. But we’re close.”

For people who live and work near the bridges, speculation about timing and costs doesn’t hold much weight without a shovel in the ground.

“I was surprised that they turned it down because it’s really necessary,” said Joan DeSantis of Plymouth, an employee of Blinds and Designs, located just off the Cape Cod side of the Sagamore Bridge. “They’ve been talking about it for so long. I’ve seen plenty of accidents, and sometimes they’re deadly.”

When told that new bridges might not open for more than a decade, DeSantis let out a long sigh and shook her head.

Brian MacQuarrie can be reached at brian.macquarrie@globe.com.