A night at the resurrected ManRay, 18 years after the counterculture club closed

The iconic “underground” Central Square club closed in 2005 and has since sparked several rumors of its resurrection. Now, it’s back.

At 8:51 p.m., Terri Niedzwiecki smoked half a Marlboro Light and reapplied her plum Mac lipstick outside of ManRay, the underground nightclub where she last poured a drink in 2005. It was just moments before the grand reopening of the counterculture spot — a haven for outcasts, vampires, goths, queer people, leather fetishists, and “folks who like to play master and servant on the weekends,” as the Cambridge Chronicle once put it. And Niedzwiecki was ready.

“Welcome back,” she waved to a ManRay regular from the ’90s, now with sweeping shoulder-length gray hair.

He smiled and responded: “We’re home.”

Thus began the resurrection of the iconic Central Square locale that closed 18 years ago, only to finally find its footing again on Wednesday night. The building at 40 Prospect St., which formerly housed ImprovBoston, was renovated in ManRay fashion with matte black walls, strobe lights, and hardwood floors — not yet scratched by the stomping of leather boots. It sits three blocks from the original club on Brookline Street, now a beige building of $2,200 one-bedroom apartments.

And it felt so fresh that Rafaela Gabriela Sarsaparilla of Arlington said it “still has that new club smell.” The counters are tidy; the bar stools smooth and unrusted. “The bathrooms are too clean.”

But not for long.

Related: ManRay, legendary Cambridge nightclub that closed in 2005, to reopen

Both at its soft opening Saturday and on Wednesday night, ManRay attracted a healthy stock of customers in all-black attire: cuffs, corsets, fishnets, and silver necklaces spilling into deep-V bodysuits. The weekend line wrapped around the corner and required hours of patience, in raw January temperatures. Hundreds happily forked over the $10 cover and $2 coat check fee. Then people grooved to “So Alive” by Love and Rockets in front of a projector screen playing monochromatic static. They danced in Wednesday Addams fashion — wearing police hats and pleated skirts — to Duran Duran’s “The Chauffeur.” They drank. (By 1 a.m. Thursday morning, at least one of the club’s three bars had run out of lime wedges.) 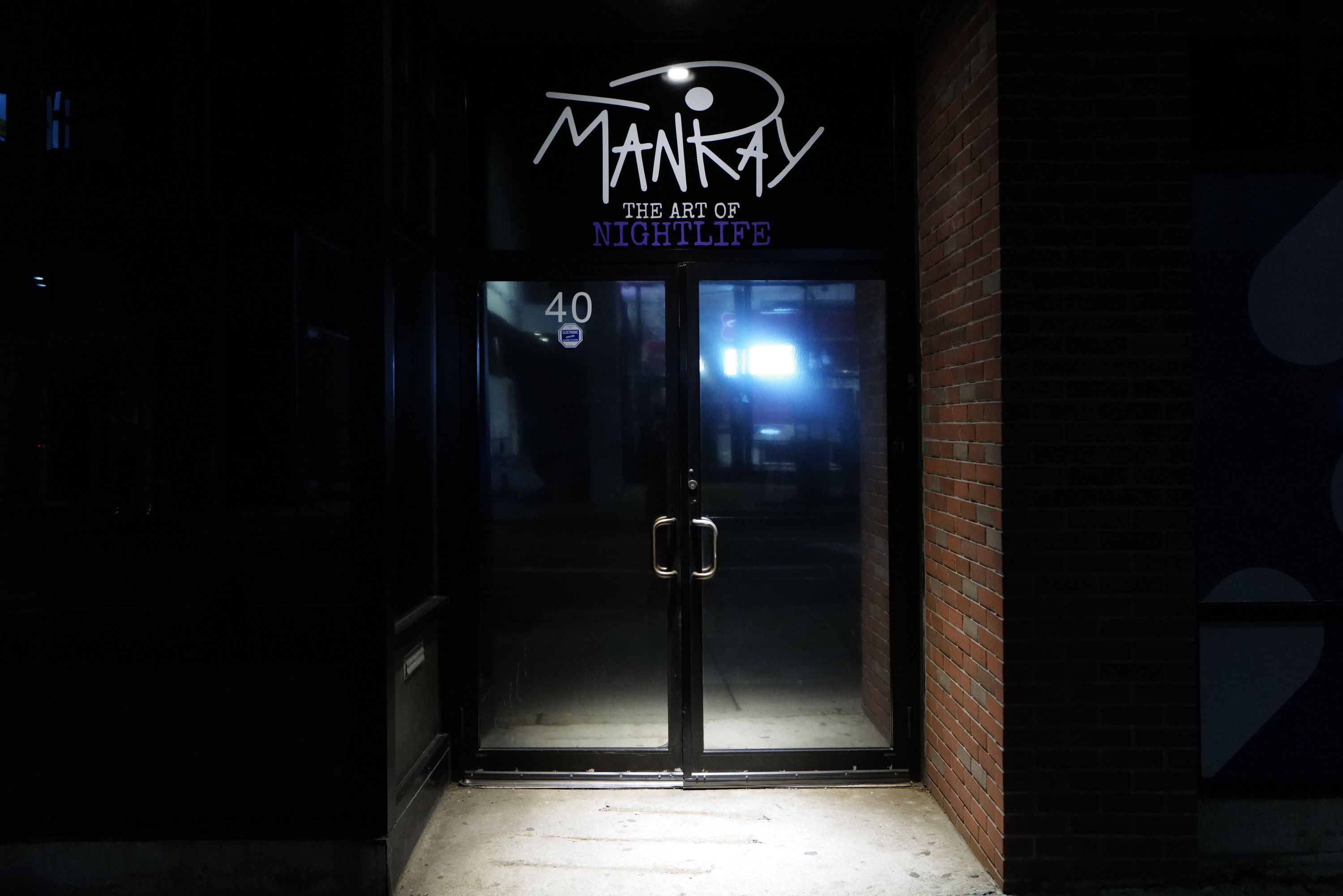 The front door of ManRay. (Carlin Stiehl for the Boston Globe) 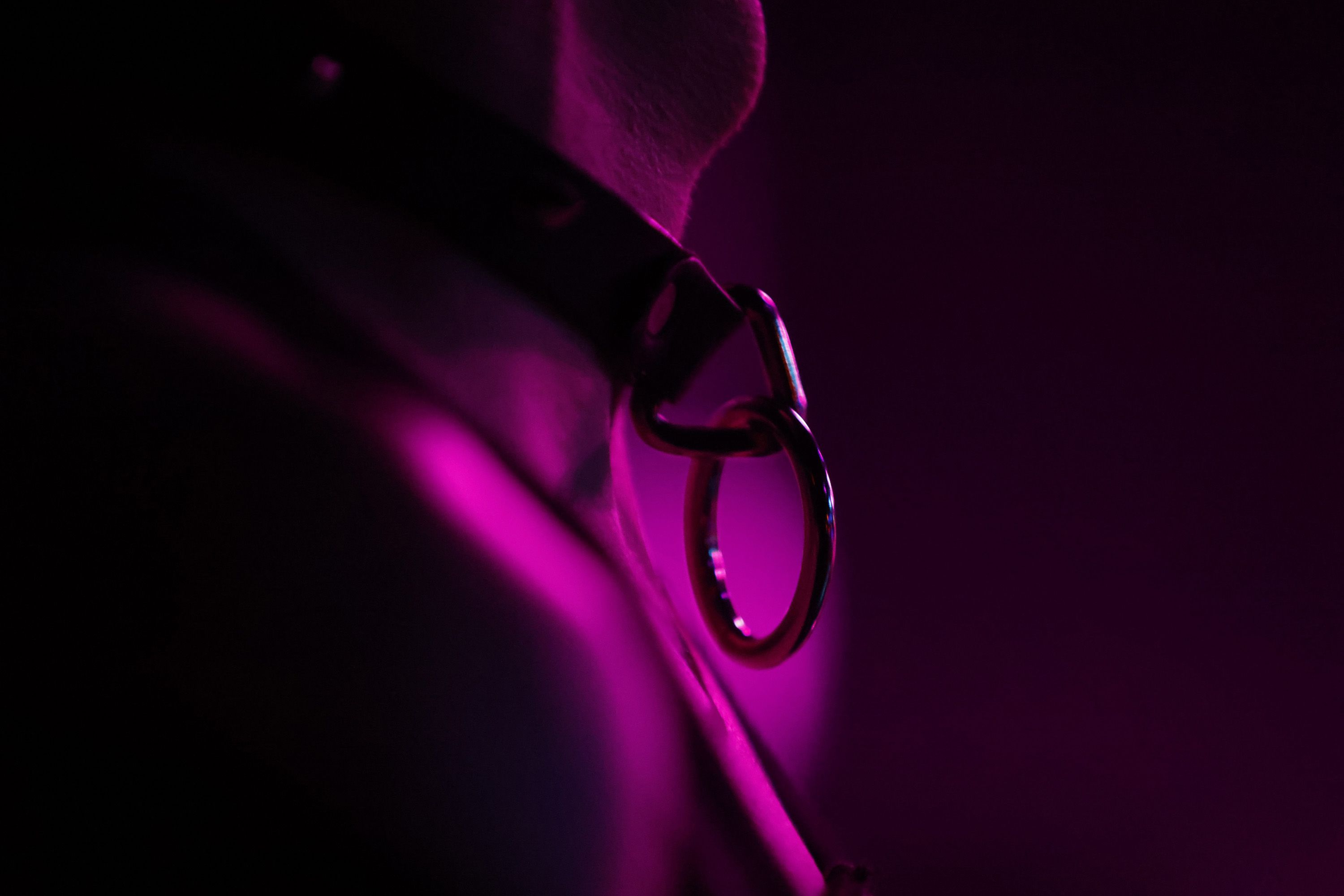 A customer arrived in fetish gear, one of the welcomed theme attires, at the ManRay. (Carlin Stiehl for the Boston Globe)

At present, it’s for an older crowd who has spent decades searching for a new mecca. Without a permanent place to inhabit, dozens of ManRay patrons stayed in touch at weekly theme nights at the Middle East or get-togethers in the back rooms of sports bars. They thought ManRay might rise from the dead in 2009 at the site of the old Green Street Grill, then again in 2013 in a former Blockbuster at 541 Mass. Ave. But neither effort succeeded. Even the current ManRay building faced an obstacle course of red tape last April, Cambridge Day reported.

Julie Kramer, who once saw Mudhoney and KMFDM play at the club, said much of the credit for the reopening goes to owner Don Holland, an Irishman with endless persistence.

But though ManRay 1.0 left the world before even the iPhone was born, people at the opening quickly found solace in old habits. Niedzwiecki remembered their drink orders. DJ Chris Ewen was partial to the crowd’s favorite tunes. And observing the dance floor “was like watching birds come back to their nests,” said 56-year-old John O’Leary at 10:36 p.m.

“People migrate to the same spots naturally,” he said, then glanced at the stage left stairwell, his old go-to hideout.

Middle-aged goths with mortgages and children and cabins in New Hampshire gossiped about the past. They remember listening to the same music, buying drugs from the same dealers, and canoodling with the same people.

“I dated Mike,” one woman told a Globe reporter, pointing to a lanky man on the dance floor.

The question now is what ManRay will become when that nostalgia wears off, and the rent comes due. The club has reincarnated in a Central Square that looks little like the gritty neighborhood it was in the ‘90s. The Field Pub and the Harvest Co-Op are out. Clover and Target are in. Housing costs have pushed many creative types out of town.

Hyde Park native Scott Silva blamed the developers and the city. “The culture in Boston is being squeezed out by gentrification,” he said. “Who can be an artist? Try making $2,000 for rent in paintings each month.”

Plus the 20-year-olds who once loved the spot have turned 40; they will not come forever. If ManRay is to survive, young blood is “a must,” said Ewen, a longtime Boston DJ. “It cannot just be a throwback, but a jump to the current times. We need to make space in the 21st century.”

At least three young people born right around the demise of ManRay are intrigued. Two 19-year-olds from MassArt were turned away at the door, and Holly Dowcett, a 22-year-old goth (a “baby bat,” if you will) bopped around until 11:50 p.m.

“I had no idea what I would be walking into,” she said, dressed in a latex bustier. “It feels like an honor just to be here, an honor by proxy. I think other people will feel the same way once they find it.”

Physically, the place harkens back to the original ManRay, where possible. The three-room club on Brookline Street used to boast a replica bomb shelter, a mannequin of a Doberman with fangs bared, a full-scale jungle gym, and metal wall sheets that could be tweaked and swapped at will. The new version — with a smaller capacity of 440 people — has one room and a connected lounge, with artwork by local painter Pamela Sienna to come.

Yet what matters more than the size and scale of ManRay is its figurative weight, said Shawn Driscoll, author of “We Are But Your Children,” an oral history of the club. “We live in a post-nightclub world,” he claimed, citing the fall of The Channel in Fort Point or Kenmore Square’s Narcissus. “There are no more nightclubs — only dance nights.”

ManRay could fill that void: It will be a club in its truest form with Wednesday goth nights, Thursday gay nights, and Saturday Heroes ‘80s nights. (The old go-to fetish Fridays may be toned down to “industrial-themed.”) And as Boston tries desperately to shed its buttoned-up reputation and ramp up the late night scene, a flock of ManRay regulars think the schedule will be a welcome addition to an otherwise sleepy town.

Related: Boston night life is entering a new era — or at least, it’s trying to

Either way, for many, the birth of ManRay 2.0 is a homecoming at its finest, a resolution for a community that floated in a void until the club reopened. More than one person felt that the Depeche Mode song “Home” — among the last tunes to play at the original outpost in 2005 — captured the moment.

Diti Kohli can be reached at diti.kohli@globe.com.Follow her on Twitter @ditikohli_.