Move to the suburbs, leave your car behind 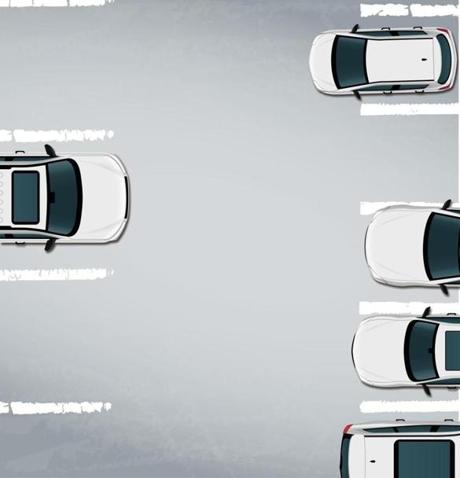 In some communities around Boston, officials see partially empty parking lots at apartment complexes and wonder whether it’s time to ease space requirements for new construction. In the city, efforts to make housing more affordable by building fewer parking spaces don’t always sit well with neighbors, who worry the newcomers’ cars will invade street spaces. As ever, figuring out where to park a car in Massachusetts is complicated. For another story on this topic, click here.

Arlington wants more apartments. Just not the parking spaces that typically come with them.

This bustling suburb recently amended its building rules to encourage the construction of 321 new apartments townwide by 2020. But it also allowed apartment developers to build fewer parking spaces under special permits for certain parts of town, including the commercial center along Massachusetts Avenue and Broadway.

The move came at the recommendation of the Metropolitan Area Planning Council, which recently completed a study that found, on average, one-quarter of parking spaces at apartment buildings in five Boston suburbs, including Arlington, were empty overnight.

The regional planning agency is pushing municipalities to rethink the parking space, arguing the land and money could be better used for a vastly more critical need: housing. And it’s finding a receptive ear in a number of communities in Boston’s inner ring, perhaps signaling the end of the asphalt jungle that has defined the American suburb since the post World War II era of urban sprawl.

“Land is highly valuable in those communities,” said Kasia Hart, transportation policy associate at MAPC, who analyzed parking use at 80 apartment buildings in Arlington, Chelsea, Everett, Malden and Melrose. “For it to be used for an empty parking space, there are higher and better uses for that land.”

Parking spaces aren’t cheap. The typical surface spot costs around $10,000 to build, and $23,000 for a space in a garage, according to the MAPC. Underground spots go for about $31,000 each. Allowing developers to build fewer parking spots could save enough money to add more units or open space, the MAPC suggested.

“We’re not advocating to eliminate parking; we’re advocating for providing parking that adequately meets parking demand,” Hart said. “These are the communities that are in part going to have to meet the demand for housing in the urban core of the Boston area.”

But these being the suburbs, reducing parking is no easy task. The biggest shift is happening in a subset of communities closest to Boston, said Matthew J. Kiefer, a land use attorney at Boston-based Goulston & Storrs. In suburbs outside the Route 128 ring, where public transit options drop off considerably, the car is still king.

“I don’t know that the American suburb is changing across the board. Most suburbs are still going to be kind of car-centric,” Kiefer said. “In the outer suburbs, in Sudbury, or Lexington, or Lincoln, more rural, middle class and wealthy suburbs, people are going to want to own a car.”

In Arlington, there isn’t a zero-parking option on the table, although developers wasted no time applying for parking relief after the rules change, said Laura Wiener, the town’s assistant director of planning.

In exchange for fewer spaces, the residential developers have to encourage tenants to not use their cars or have cars at all, including charging for parking, providing a monthly transit pass, covered bicycle storage, and a dedicated space for a car-sharing service such as Zipcar, Wiener said.

For Arlington, this is one small, cautious step toward less parking.

“It’s always a little bit of an experiment,” Wiener said. “It’s too soon to tell, because our buildings haven’t been built.”

Still, the car-light utopia is far from reality. In the five communities surveyed by the MAPC, the majority of commuters drive to work. And in some, cars have become more popular in recent years; vehicle registrations are up a staggering 133 percent in Chelsea over the past decade or so, according to the Massachusetts Registry of Motor Vehicles. However, car numbers in Everett and Melrose were relatively flat over that time, while down around 6 percent in Arlington and Malden.

Even so, the MAPC survey found there were unused parking spaces in each community: in Malden only two-thirds of parking spaces at the surveyed apartment buildings, on average, were in use overnight; in Melrose, though, the lots were full 81 percent of the time, while the remaining communities had occupancy in the 70-percent range.

Hart said it is much easier these days, with the prevalence of ride-sharing services like Lyft and Uber, and food and grocery delivery services, for communities to get comfortable with fewer parking spaces.

“We found that parking supply is more strongly associated with demand; if you build it, they will come,” Hart said. “It’s a self-selecting population. If I’m someone who needs my car every day, I’m going to choose to live somewhere where I can park my car. Parking requirements, as they shape future development, is really in the hands of communities.”

That theory was tested in Chicago with a 99-unit apartment building in the Wicker Park neighborhood that doesn’t have a single parking space for residents. The building is across a Chicago Transit Authority rail stop and a dedicated bike path, and features a bike storage room, and an electronic tracker in the lobby showing when the next train is coming.

Residents are mostly Millennials who are more accustomed to a car-free lifestyle, said Jacky Grimshaw, vice president for government affairs for Chicago-based Center for Neighborhood Technology, a nonprofit whose study about excess parking in Chicago apartment buildings inspired the MAPC study.

“Millennials move differently,” Grimshaw said. “The way you get to be car-free is that you have other options for transportation, like transport and ride hailing or sharing, and bicycles.”

Tenants have to sign a stipulation that bars them from applying for a city parking permit. And that is the key to addressing the overarching concern in communities that reducing parking at apartment buildings will only push more cars onto street parking and crowd the surrounding neighborhood, said Donald Shoup, retired professor of urban planning at the University of California, Los Angeles and author of “The High Cost of Free Parking.”

He suggests communities around Boston should implement a resident parking system, where drivers pay fees to park, and residents in buildings with restricted parking cannot apply for on-street permits.

“Someone who wants to store two hunks of metal on the street shouldn’t be able to do it for free,” Shoup said. “The city ought to manage the curb parking, rather than tell the developer ‘you’re the problem.’”

Drew Dolben, principal at Dolben Company, the managing agents behind One North of Boston in Chelsea and West of Chestnut in Quincy, said the trend toward less parking is encouraging, but may not be sustained without more public transportation investment.

“I think change happens slowly and we’ll see if this trend were to continue for another five, 10 years, whether you’ll really see a push for lowered parking requirements,” Dolben said. “Until public transit gets to a place where it’s more convenient to multifamily communities, there will always be a requirement for parking. Cars aren’t going away.”

Correction: The Dolben Company was misidentified as developers rather than managing agents in an earlier version of this article.